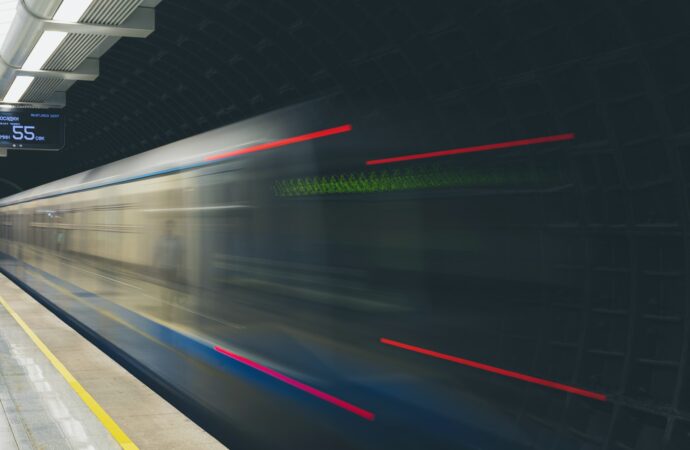 If you thought using your own contactless card to make fare payments was a game-changer, wait until you read about Face Pay, a new facial recognition payment system that has just debuted in Russia.

Last Friday, the city of Moscow announced the launch of Face Pay in all of its metro stations. Users will no longer have to scramble around in search of their cash, phone, or card to pay for their subway fare. Just one look at the camera on select turnstiles – and they will be all good to go. The deputy mayor in charge of transport, Maxim Liksutov, stated that the new system was the first worldwide to be implemented on such a large scale.

He also reassured that the introduction of Face Pay will not phase out more traditional payment methods, and that its use was optional. In order to sign up for Face Pay, users are required to link their photograph, transit card, and credit or debit card to the system through the Moscow metro app. City authorities advised riders to register in advance, as the process may take several hours to complete.

The deployment of this new facial recognition payment system has sparked concerns among privacy activists who worry that Russia may use it as a surveillance tool to gain more control over its citizens. The founder of the digital rights and freedom of information group Roskomsvoboda, Stanislav Shakirov, demanded full transparency regarding how Face Pay will work in practice. He remarked that its introduction was one step closer towards authoritarian countries such as China that have perfected the use of facial technology.

In response, Moscow officials have assured the public that all information will be securely encrypted, as the installed cameras only read people’s biometric data, and not their faces or other personal data. However, according to Norton, facial recognition biometric data evaluates unique patterns of people’s faces by analysing their facial contours, which certainly gives cause for concern.

To add to this concern, Human Rights Watch recently highlighted that the expansion of facial recognition technology in Russia was done with no regulation, oversight, or data protection measures. In the past. Russian authorities have accused innocent citizens of criminal activity on the basis of facial recognition technology. It’s also used for the prosecution of political opponents and peaceful protestors.

City officials estimate that in the next two to three years, between 10% to 15% of Moscow metro riders will use Face Pay on a regular basis. In the event of growing demand, more Face Pay turnstiles are to be installed in the stations.