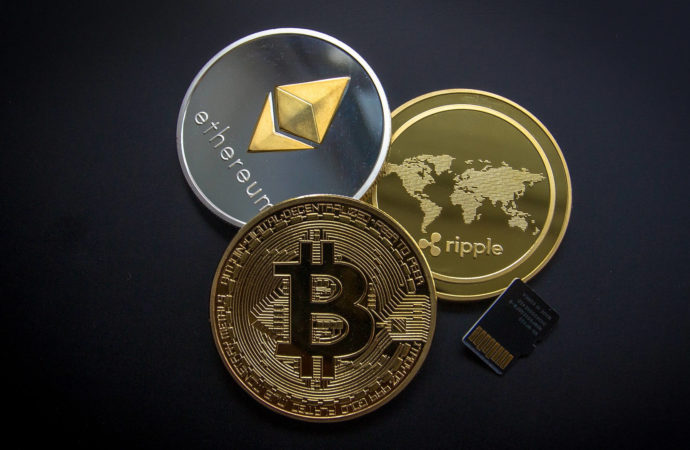 On Tuesday, Facebook Inc disclosed plans to launch its own cryptocurrency called Libra, the latest step in the company’s endeavor to grow beyond social networking and venture into e-commerce and international payments.

Based on promotional materials and discussions with executives, the cryptocurrency is expected to launch in the first half of 2020. Facebook has been working on it in collaboration with 28 members of the Libra Association headquartered in Geneva, which will oversee the project.

Facebook has also set up a separate subsidiary called Calibra specializing in virtual wallets to store, transfer and spend Libras. It will be connected to the company’s existing instant messaging apps, Messenger and WhatsApp, with a collective user base of over a billion people.

The California-based social media giant has ambitious plans for its coin, although consumer privacy concerns and regulatory barriers might prove to be a serious obstacle.

Facebook is hopeful its newest creation will not only propel financial transactions between established consumers and businesses all around the world, but also provide first access to financial services to those without a bank account.

According to David Marcus, former PayPal executive and current head of the project, inspiration for the coin’s name came from Roman weight measurements, the astrological sign symbolizing justice, as well as the French term meaning freedom. In his opinion, money, justice and freedom epitomize the company’s goals regarding this venture.

The company’s shares were the most actively traded on American stock exchanges in pre-market trading, with their price rising by 2.6% to $194.

Facebook hopes its instant messaging services can become another revenue stream by enabling in-app payments, as it can be observed in the case of Chinese social apps, such as WeChat.

This revelation comes as the Menlo Park company faces serious public backlash following a number of scandals, which may result in criticism of the project from privacy defenders, consumers and legislators.

Several of the company’s opponents have argued that it should incur penalties or even be dissolved altogether for insufficient user data protection. They also criticized the social giant for failing to prevent the disinformation campaign which was carried out on Facebook during the 2016 Russian presidential election.

It remains unclear how legislators and regulators will respond to Facebook’s move into the financial services sector through the mainly unregulated cryptocurrency market.

Investors in virtual currencies have recently been exposed to hacks, resulting in major losses amounting to hundreds of millions of dollars. The cryptocurrency sector has been struggling with claims of money-laundering, unlawful drug sales and terrorist financing.

Markus Feber, a senior German legislator in the European Parliament, urged the European Union to undertake efforts to regulate the cryptocurrency market, citing the problem of exposing Facebook users to the dangers of trading virtual currencies.

According to Facebook executives, the company has conferred with global regulators regarding their newest initiative. However, they refused to disclose names of these regulators or whether Facebook has made any applications for financial licenses.

The vice president of product, Kevin Weil, believes that by promoting Libra, Facebook can engage in conversations with regulators worldwide, which the company is more than willing to do.

FINMA, the Swiss financial regulator, claims to be in communication with the creators of the Libra initiative, although they would not confirm whether the project was in the process of receiving any particular regulatory permissions. British financial regulator refused to comment, while there was no response from other key regulators.

The world’s most well-known cryptocurrency, Bitcoin, was launched in 2008 as a means for pseudonymous users to make transfers through encrypted digital ledgers. It was believed to serve as an alternative to traditional currencies which are under the control of national governments and central banks.

With thousands of virtual currencies introduced into the world since then, Facebook is merely one of many tech giants venturing into the crypto market. However, the launch of Libra has attracted a lot of publicity due to the company’s reputation as a Silicon Valley titan that influences numerous people around the globe.

By the time of the coin’s launch in the first half of 2020, Facebook hopes to have gained 100 members. Each of them will receive one vote on important decisions concerning the cryptocurrency network. In order to join, companies are required to invest $10 million or more. Facebook aims to relinquish its leadership role after 2019.

Although the founding members do not include any banks, Jorn Lambert, executive vice president for digital solutions at Mastercard, claims there have been conversations with lenders regarding joining the project. However, they want to check the public response to Libra before making the final decision.

Based on the official statement of the Libra Association, it aims to raise funds through a private placement in the next couple of months.

Even though Libra supporters are generally optimistic about the project’s future, some of them pinpointed consumer privacy concerns and regulatory barriers as possible threats to its success.

Facebook ensured that compliance checks on potential Libra customers will be conducted by Calibra, including verification and anti-fraud processes that are commonplace in banks. Customer data will only be shared with Facebook or third parties if consent is given, or in special cases where it is required, such as for law enforcement, maintaining public safety or improving overall functionality of the project.

Transaction cost will be lower for individuals than for sellers, although the company refused to provide details. Each coin will be backed by a basket of government-backed assets. Any customers who are victims of fraud will receive a refund from the company.

Sri Shivananda, Paypal’s chief technology officer, as well as Mastercard’s Lambert agreed that the initiative is still in its early stages. If the project faces too much regulatory opposition, its launch might be threatened.