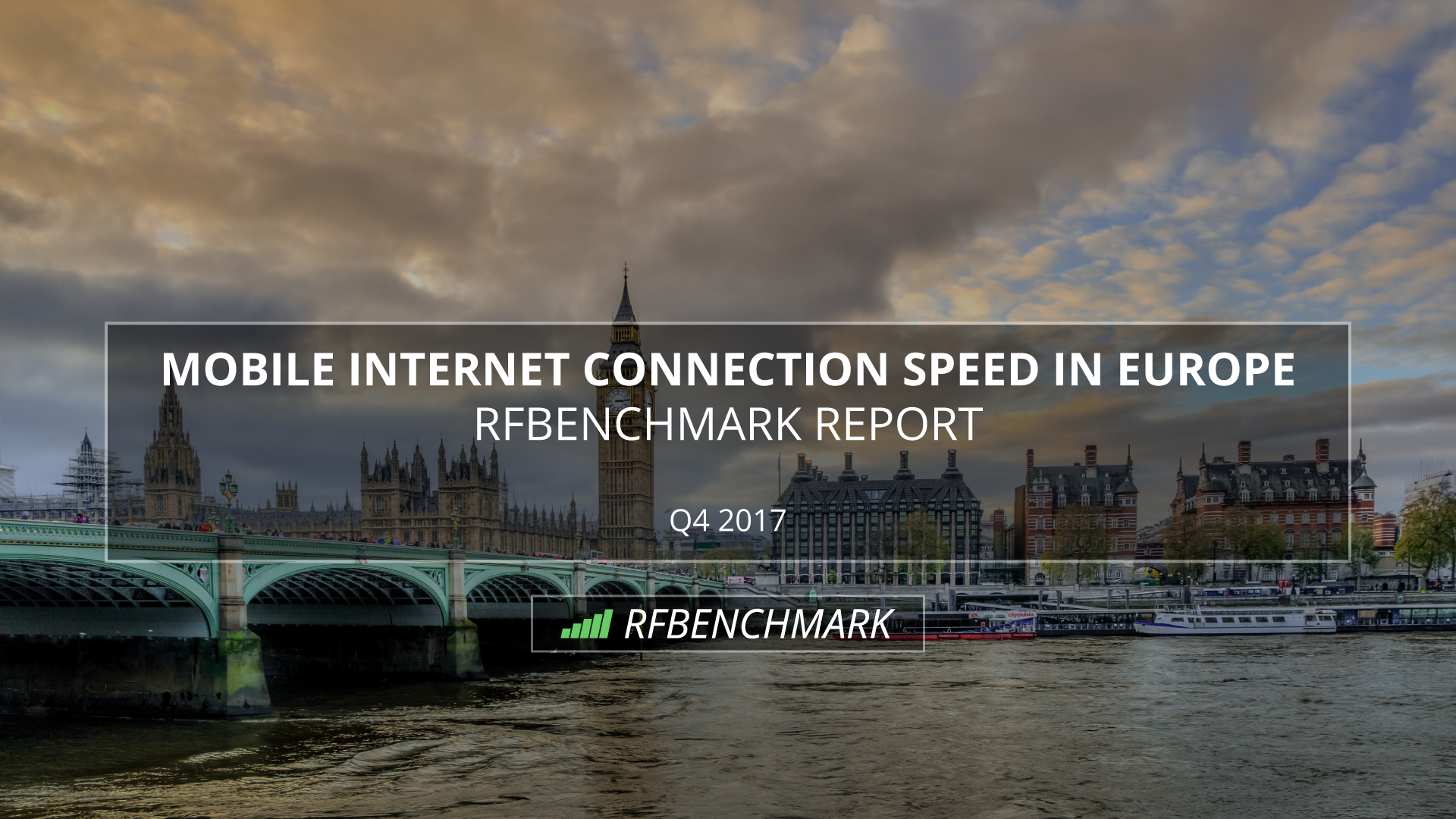 RFBenchmark presented a report on the mobile internet connection speed in Europe, for the fourth quarter of the year 2017. Which country has moved into the leading position? What changes could have been observed in the previous, third quarter? Can we identify any leaders in Europe or is there still a fierce competition?

The countries with the fastest mobile internet speeds in Europe

Austria, Croatia and France – these are the countries with the best data download speeds. People in these countries enjoyed the best mobile internet in Europe in the last months of 2017. Data download speed in Austria reached as high as 21.6 Mbps. While in Croatia, it was measured at 22.4 Mbps. Likewise, in France the average download speed was 20.4 Mbps.

What about the speed of data upload? Austria once again secured the first place in the results with an average upload speed of 11.7 Mbps. It was marginally ahead of Netherlands (11.0 Mbps) and Georgia (10.02 Mbps).

If the result in terms of ping is considered (the lower, the better) – Estonia was the leader with a latency score of 28 ms.

We can not forget about the countries falling out much worse compared to the rest of the countries. Ukraine fell the worst in each of the three categories measured by RFBenchmark. Belarus and Ireland did not do well to collect data, and Belarus also had a low result in terms of average data upload speed. Further, the ping value was very high in Romania and Russia.

The situation in Poland, when it comes to mobile Internet compared to other countries in Europe, remained stable. We don’t have any major mobile tycoons here, but the infrastructure is improving month by month. The average download speed in Poland was 16.4 Mbps, and the upload speed was 6.89 Mbps.

Similarly, the ping value in Poland was 60 ms. This value is twice as high as in Estonia, the country with the best result in the ping category, but almost three times lower than Ukraine, which took the last place. Join our Community! Check Radio Coverage and Internet Quality in Your Neighborhood!